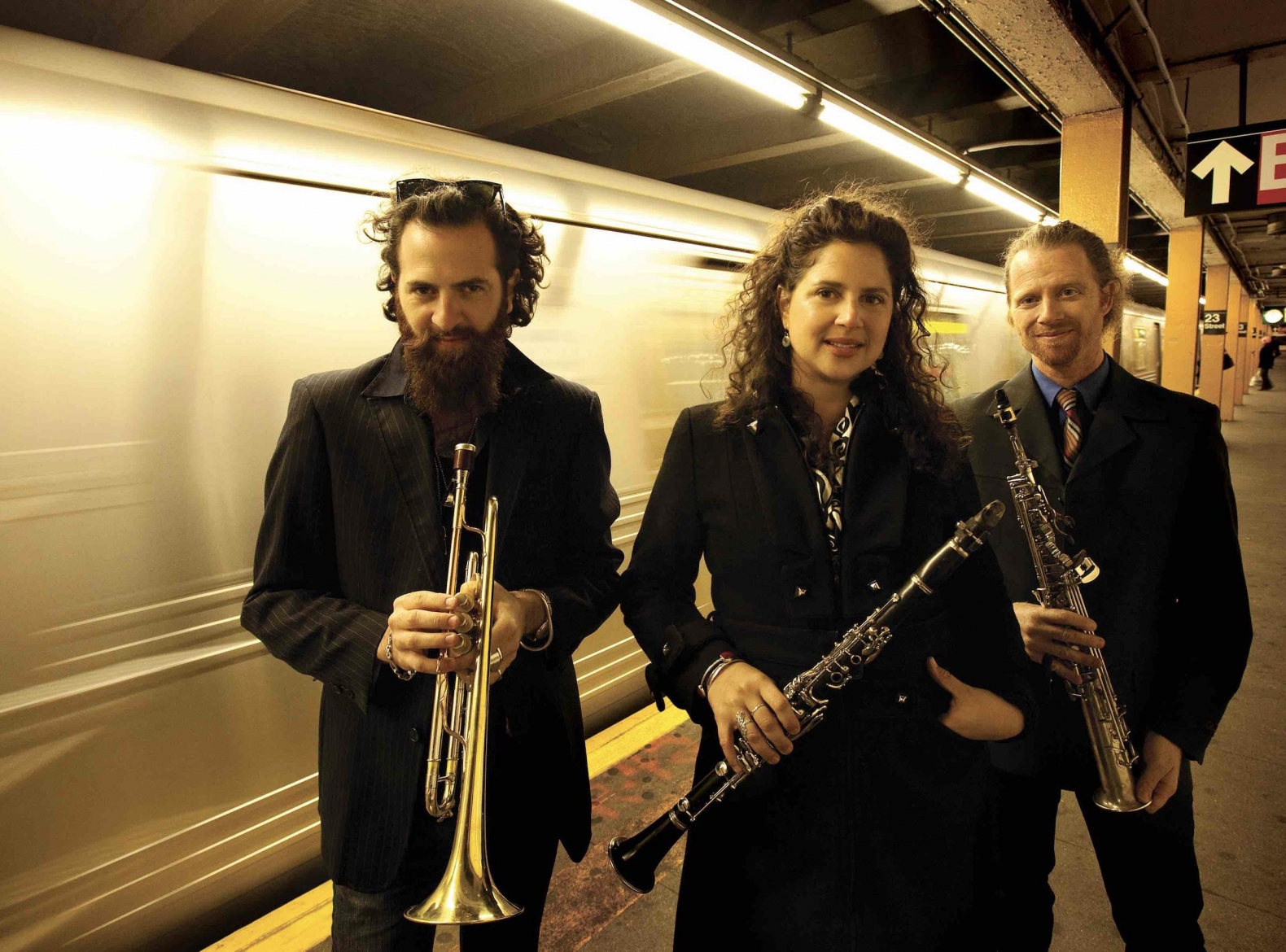 The warm-up show of the Bratislava Jazz Days at the 8th of September would take place in the club Atelier Babylon. Headliners of the show is the legendary 3 Cohens Sextet, the local jazz-folklore fusion ĽUdové mladistvá is the opening act.

The best jazz groups are made up of kindred spirits, but the rare family band has something more – an intuitive feel for each other that goes beyond words and gestures to a kind of bred-in-the-bone telepathy. The 3 Cohens are that sort of uncommon collective, a trio of siblings from Tel Aviv, Israel – tenor saxophonist/clarinetist Anat Cohen, trumpeter Avishai Cohen and soprano saxophonist Yuval Cohen – whose sense of improvisational interplay is both uncannily fluent and wonderfully, infectiously warm. Along with performing on stages the world over, The 3 Cohens have four studio albums to their credit: One (2004), Braid (2007), Family (2011) and, released in October 2013 via Anzic Records, the extraordinary Tightrope. When The 3 Cohens were featured on the cover of DownBeat magazine in January 2012, the article depicted the character of the group this way: “Chemistry. Alchemy. Telepathy. All are appropriate words to describe the otherworldly quality of improvisation by a band with longstanding individual credentials… There’s something special at work here – a new level of anticipation and celebration. Witness the joyful – and at times, whimsical and intimate – conversations and interweaving horn textures."

The filial intuitiveness at the heart of The 3 Cohens is a thing for an audience to behold, but these musicians can summon it with their eyes closed. “We can talk without talking," says Anat, the middle child. “Often, we don't even have to look at each other onstage. We have such history together that we feel each other through the music."